Dupuytren’s contraction or contracture is a disease characterized by the deformity of the hand that develops over decades. A Dupuytren’s Contraction or Contracture affects the underlying connective tissue of the palm’s skin. It happens when tissues form knots beneath the outer layers of the skin, and over time, this would cause the formation of a thick cord responsible for pulling one or more fingers into a bent position.

Dupuytren’s contraction or contracture normally progresses slowly over several years. Sometimes it can develop over weeks or months. However, several people also experience a steady progression, while in others, it may start then stop.

The ring finger and pinkie are commonly affected, though the middle finger may also be involved. The thumb and the pointer finger are rarely affected by this. Dupuytren’s contraction or contracture can occur in both hands, though one hand is frequently affected more severely than the other.

Causes of Dupuytrens Contraction or Contracture

Doctors don’t know what causes Dupuytren’s contraction or contracture. Some specialists have speculated that it may be connected with an autoimmune reaction, where an individual’s immune system attacks its own body tissues. Dupuytren’s contraction or contracture often go together with conditions that cause contractures in other parts of the body, such as the feet, which is the Ledderhose disease, and the penis which is Peyronie’s disease.

The following are the factors that cause a higher probability of an incidence in Dupuytrens contracture.

First of all, there is age. This commonly afflicts those of ages 50 and over. Then there is gender. Men are more susceptible to develop Dupuytren’s, and contractures in men are bound to be more severe than in women. Also, there is a particular ancestry that it commonly afflicts. The Northern European descent is at a higher risk of this disease as compared to any other race. Dupuytren’s is genetic, and a high probability of occurrence is existent, especially when Dupuytrens Contraction or Contracture is a heredo-familial disease. Smoking and alcoholism also increase the risk. Lastly, many people diagnosed with Diabetes have also reported increased susceptibility to Dupuytrens Contraction or contracture.

Complications of Dupuytrens Contraction or Contracture

Dupuytren’s Contraction or contracture can make the performance of certain tasks using your hand impossible. Many people, at first, do not experience much disability or inconvenience with predominantly hand-using activities such as writing. But as Dupuytren’s contracture advances, it can decrease one’s capacity to fully open the hand and make it challenging to grasp certain objects or get the hand into narrow spaces.

Preparing for an appointment for the patient with Dupuytrens Contraction or Contracture Usually, you may first ask for a referral from your family doctor to a specialist for this kind of affliction. Once you are ready to have that medical appointment, write the answers to the questions below to help the specialist diagnose and determine the appropriate treatment for your condition.

When did the symptoms arise? Have they been getting bigger or worse? Does something improve or worsen it? How does the contracture impede your activities of daily living?

During the physical exam, the doctor will have a visual inspection of the hands, relate them to each other, and inspect for any crumpling or puckering on the palms. The doctor will also palpate the different hands and fingers’ different regions to check for hardened lumps, knots, or bands of tissue.

The only diagnostic procedure employed to check Dupuytrens Contraction or contracture is composed of a simple maneuver, called the tabletop test, which can determine if a person has contracture in the hand. If a patient can lay their hand, palm down, and flat on a tabletop, the patient is then free from a contracture. Mostly though, doctors can diagnose Dupuytren’s contracture by simply visual inspection and palpation of hands.

If the disease advances sluggishly, causes no pain, and especially if it has little to no impact on the ability to use hands for everyday tasks, you may not need any drastic treatment. With this, you may choose to wait and check if the Dupuytrens Contraction or contracture progresses, or you may have radiation therapy which is the most advisable for the early stages of this disease.

Treatment includes eliminating or breaking apart the cords that are pulling the fingers in the direction of your palm. This can be done in several different ways. The choice of technique depends on the severity of the symptoms and any other health complications a patient may have.

Needling is a method that uses a needle that is inserted through the skin to puncture and break the hardened cord of tissue that’s contracting a finger or fingers. Contractures can recur; however, the procedure can be repeated if necessary. Some specialists now use ultrasound to guide the needle. This advancement can really reduce the risk of unintentional injury to the surrounding nerves or tendons of the contracture site. The greatest advantage of the needling technique is that there is no incision, and it can be done on multiple fingers at just one time. Afterward, usually, very minimal physical therapy is needed. The disadvantage of this procedure is that it cannot be employed in some locations due to the risk of damaging a nerve.

The Food and Drug Administration also approves enzyme injections as a treatment for Dupuytren’s Contraction or contracture. The injections contain an enzyme, collagenase clostridium histolyticum (Xiaflex), which is geared for treating Dupuytren’s contracture. The enzyme in this medication relaxes and deteriorates the rigid cord in the palm of an afflicted hand. A day after the administered injection, the doctor will manipulate the hand to break off the cord and straighten the fingers. In many ways, this is similar to the needling technique except that the manipulation of the hand happens the following day instead of the same day for the injection procedure. They have the same advantages and disadvantages as the Needling technique.

Another option is to surgically get rid of the tissue in the palm which is affected by the disease. This may be in the early stages of the disease as the tissues cannot easily be identified. It may not be a preferred method for patients due to it being invasive, but it can prove very effective for patient recovery. 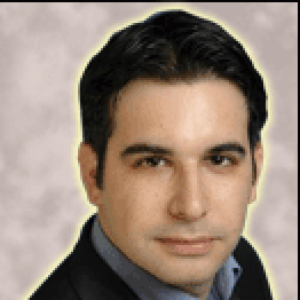 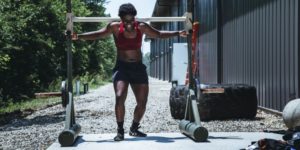 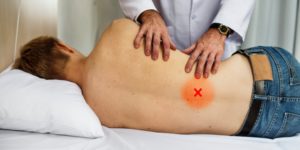 Healthy Chiropractors have These 5 Traits in Common